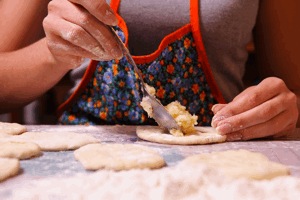 Jessamyn Rodriguez was once an employee of the United States on the issue of immigration policy, but five years ago, back in 2007, the resident of New York started to put her effort and time into the creation of a safe haven for immigrant women to be able to learn English, become prodigious with a craft and be able to earn reasonable wages while working at the Hot Bread Kitchen. Voice of America says that Rodriguez started with just the two trainees in her own kitchen at home but has since moved into a commercial bakery and now has no fewer than 13 trainees.

Hot Bread Kitchen is situated in East Harlem and offers the taste of authentic, multiethnic bread, which are inspired by the home countries of the women who baked them. Countries include the likes of Bangladesh, Mexico, Morocco and Togo.

“I really had this realization that many women who immigrate to the United States have passion and skill tied up in the culinary arts but often end up in jobs with no professional trajectory,” says Rodriguez. “So it was really that kind of realization and this idea that I could help women leverage skill and passion in the culinary arts for better jobs was kind of why I got started with this.”

Women who participate in the apprenticeship, which lasts for one year, are paid $9 per hour, which is just above minimum wage, and then move onto higher wages with a full-time job at Hot Bread Kitchen once they have graduated.