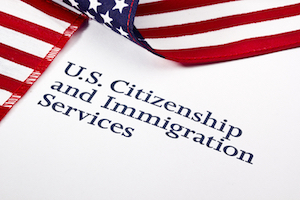 There is a sharp party divide between potential voters on the issue of immigration reform in the state of Iowa, which is an early battleground for the presidency. 83% of Democrat voters want undocumented immigrants to be able to put in an application for permanent residency in the United States, compared with just 34% of Republicans who agree with allowing such immigrants to obtain citizenship.

The divide on party lines was called “striking” by the assistant director of the poll, Peter A Brown. “Ideas that are part of Democratic orthodoxy are anathema to Republicans and vice versa,” Brown acknowledges. “Democrats think illegal immigrants should be able to stay in the United States and eventually become citizens. Republicans don’t.”

The poll results also show that 46% of Republican voters want undocumented immigrants to be forced to leave the United States, in contrast to just 8% of Democrat voters. Iowa voters, Brown claims, are perfect examples of the way in which supporters of the two parties see the same issue in completely different ways. Iowa is set to play host to the first presidential caucuses of the 2016 election campaign next February.

Immigration reform has long been a big issue in national debates, with fresh discussions sparked last year by President Obama’s decision to take executive action and expand his deferred action programs without the approval of Congress. This action is now being challenged in the courts and has been the focus of the ire of many Republican politicians.