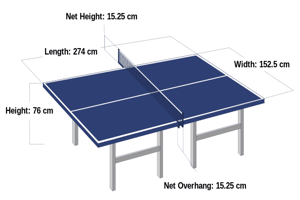 A category of work visa for people who demonstrate “extraordinary ability” in the areas of science, athletics, business or education was created by the Immigration Act of 1990, and being granted a visa necessitates a very high level of prestige, such as winning the Nobel Prize.

However, the first table tennis Olympian of Iran, Afshin Noroozi, who applied for such a visa, has had that application rejected by the US Citizenship and Immigration Services, according to a recent New York Times article by Jere Longman.

Noroozi used his status as a top player on the international scene as the basis for his application, something that would normally be sufficient for this kind of preferential entry.  However, although Noroozi is the best table tennis player in Iran, he is ranked only 284 in the world and finished 65th at the Olympic Games in 2008, with his rejection now having experts wondering precisely what kind of credentials athletes now need to be judged worthy of being granted a visa.

“Hopefully the government will change its stance and be more liberal in attracting talent,” Noroozi’s lawyer, John Assadi, says.  “Even if he is not first or second in the world, he would be able to contribute in the United States.  Why they want to keep him out, I don’t know.”

Officials claim Noroozi failed to establish himself as being a singular talent or to demonstrate his importance to table tennis in Iran; nor could he prove how he would be of benefit to the United States or have much attention given to him by major news publications.