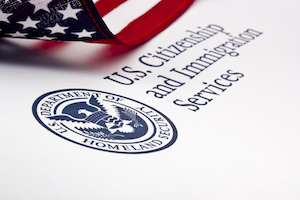 Senator Marco Rubio has clarified his opinion on the 11 million undocumented immigrants currently living in the United States. On Wednesday, the day after a presidential debate that continued to show the rift in the Republican Party when it comes to the immigration issue, Rubio told NPR that he is in favor of granting some undocumented immigrants the chance to get on a pathway to US citizenship, albeit with a very long waiting list.

“If you haven’t been here for very long, or you’re a criminal, you will be deported,” Rubio said to NPR’s Morning Edition. “Otherwise, you will have to come forward, pass the background check, learn English, pay a fine because you violated the law, start paying taxes and you’ll get a work permit. And that’s all you’re going to have for at least a decade.”

Rubio added that he would be open to letting undocumented immigrants obtain a green card after ten years on a work permit as long as they go through the standard process. He confirmed that he is still behind one of the most contentious aspects of the comprehensive immigration reform bill that passed the Senate in 2013, only to stall in the House of Representatives. Rubio was one of the Gang of Eight behind the legislation, only to later admit it was politically unsustainable.

“I am personally am open that,” Rubio said of creating “a very long path” to US citizenship. “That is not a majority position in my party, and it’s not going to be easy to do, but personally I am open to it.”