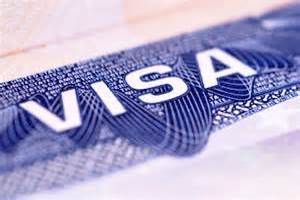 The United States government can provide a number of different kinds of options for those people who are hoping to be able to immigrate to America.  Green cards and visas can deal with a lot of the various aspects of a person’s employment, lifestyle, and marital status, and in some cases even extraordinary abilities.

The document that is given to individuals that have proven that they have exceptional ability within a particular field is known as the EB-1 green card.  In this case, the sponsorship of an employer is not necessary, and immigrants who want to put in an application to try and get this type of green card can do so with no assistance or endorsement from anyone else.

This type of green card can be given to any immigrant that is able to prove his/her extraordinary ability with extensive documentation, such as those who have been given national or international awards for excellence or prizes.  Other candidates can include those who have been published in a major professional or trade publication, those who have contributed significantly to an athletic, business, scholarly or scientific-related field, or those that have won awards such as the Nobel Peace Prize, Oscars or Olympic medals.

There are a number of other categories of people that would also be eligible for the EB-1 green card, including multinational managers or executives, and award winning or published professors.  There is less of a backlog of applicants for this kind of green card, so the wait time is usually shorter.