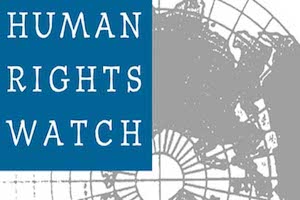 Congress and the White House’s continued failure to deal with the immigration problems within the United States last week once more drew fire from a very prominent human rights watchdog.  The US government has been criticized by Human Rights Watch in their “World Report 2014,” which was released last Tuesday, for their “abuses” that relate to the deportation and incarceration of undocumented immigrants.

The report echoes a number of similar faults that have previously been found with the immigration policy of the United States in a number of preceding world reports in the last few years.  The human rights record of the US government was heavily criticized by the authors of the report, describing it as being “marred by abuses related to criminal justice immigration, national security and drug policy.”  Immigrants and ethnic minorities are among the “most vulnerable members” of the nation, according to the report.

The report also points out that detention centers in the United States are now holding up to as many as 400,000 undocumented immigrants every year, with hundreds of people having been placed into solitary confinement.  “Many of those prosecuted have minor or no criminal history and have substantial ties to the US such as US citizen family members they were seeking to rejoin when they were arrested,” the report states.

The report goes on to criticize the US government for misrepresenting offenders as dangerous criminals, when in truth most of these detained were either low-level offenders or not criminals at all.