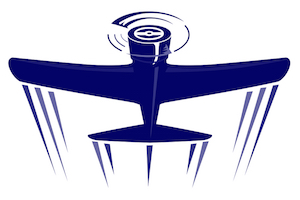 The airplane was seized and the seven undocumented immigrants arrested on Sunday morning at McAllen Miller international airport following a routine inspection, according to information revealed by the US Customs and Border Protection’s Air and Marine branch. During the inspection the undocumented immigrants were discovered by authorities hiding inside the Beech King Air E90 airplane. The pilot of the airplane was a US citizen and has been released from custody as the investigation into the incident continues.

The use of airplanes by people smugglers to fly undocumented immigrants from cities on the US border is not uncommon, with a similar incident having taken place in 2014 in Harlingen. This incident saw four undocumented immigrants and the alleged accomplice pilot of a Mexican airplane attempting to fly to San Marcos, which is situated to the north of the Border Patrol checkpoints on the main highways out of the Rio Grande Valley.

In that case, the undocumented immigrants had paid, or were expected to pay, as much as $14,000 to be transported from Mexico to the city of Houston. A similar arrest was carried out by US Border Patrol agents at McAllen Miller international airport two years ago.