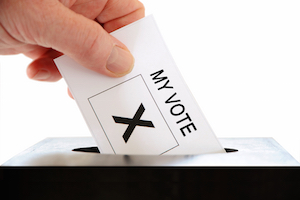 Immigration is as contentious and crucial a political issue for the 2016 Presidential election as abortion, a new Gallup poll suggests.

The Gallup poll sees 60 percent of respondents viewing immigration as one of the most important factors, while 20 percent claim they would simply not vote for a candidate that disagrees with them on the issue. These numbers are on a par with the very hot topic of abortion.

Earlier in 2015, Gallup was told by as many as one in five registered voters that they would only give their votes to candidates that shared their stance on abortion, with 46 percent calling it “one of many important factors.”  The Gallup poll does not say whether those voters are for or against immigration, though an increasing number of other polls have demonstrated an increased level of public opposition to the push by the establishment to increase immigration into the United States.

Although most Americans do not appear to be generally anti-immigrant, and the vast majority support immigrants who genuinely want to become American, more and more polls are showing a strong bipartisan rejection of illegal immigration, economic immigration and the use of foreign workers by companies instead of Americans.

The growing public sentiment is responsible for pushing controversial real estate mogul, Donald Trump, to the head of the primary Presidential candidate nomination list for the Republican Party, with a new Rasmussen poll released on September 8 showing Trump has increased his support among Republican voters to 41 percent.