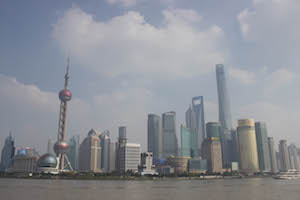 Over two dozen Chinese nationals previously ordered to be deported were arrested by US officials in early June. The nationals were informed that their home country was finally taking the necessary steps to provide the paperwork required to officially expel them from the United States after delays lasting a number of years.China again failed to provide the paperwork, however, and many of those placed under arrest have now been released. None have been deported and there is now a backlog of almost 39,000 Chinese nationals awaiting deportation from the US for breaking various immigration laws. Immigration officials say that at least 900 of these are violent offenders.

The issue is expected to arise later this month during Chinese President Xi Jinping’s state visit to Washington DC and cause further tension to US-China relations, which are already under strain due to the dispute over economic policy, the increasing military assertiveness of Beijing, and alleged Chinese cyber-hacking. China is also continuing to push the United States over a different immigration issue ‒ the issue of the return of citizens who China claims are fugitives running from corruption charges.

US Immigration and Customs Enforcement says that China has previously claimed that the long delays are caused by difficulties in verifying citizenship, which often requires visits to distant towns and villages, but a US official has suggested there is another reason. “They do not want these people back,” the official claims.