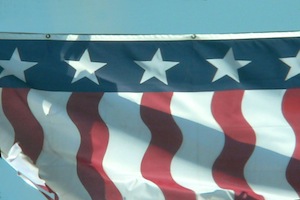 Last weekend people from all over the world celebrated Easter, which is one of the Christian faith’s holiest days and marks the end of Lent. As well as celebrating Jesus’ last weekend on Earth, Christians who also support immigration reform got together to demonstrate their support.

Catholics, Baptists, Protestants and Greek Orthodox alike, as well as numerous other members of various Christian denominations, made their way to their local churches in order to praise and give thanks as well as to increase awareness of this very divisive political issue. Immigration advocates attended California’s Adelanto Detention Centre on Good Friday, reciting prayers and going through all of the 14 Stations of the Cross in order to commemorate Jesus’ crucifixion.

The Diocese of San Bernardino’s coordinator of Justice for Immigrants, Hilda Cruz, says that the immigrants who are being held at the detention center in many ways reflect the life of Jesus Christ. “As Christians we remember how Christ was unjustly detained,” she notes.  “A lot of our brothers and sisters are unjustly detained because of our broken immigration system. The messages relate to our modern day oppression. We’re expressing our faith through the stations of the cross, but also our solidarity to the detained.”

Supporters of immigration reform in San Bernardino were not alone in being active during Holy Week, with a small group of faith leaders, including Southern Baptist Ethics and Religious Liberty Commission president, Russell Moore, visiting President Barack Obama to discuss the need for reform.