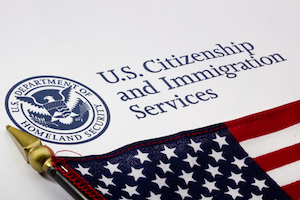 Evangelist Franklin Graham says that Muslim immigrants should be prevented from entering into the United States in the wake of the fatal shootings that took place in Chattanooga, Tennessee last week, which were carried out by a Muslim who was a naturalized American citizen.

Graham says that the shootings demonstrate the increasing threat posed by Islam and that all Muslim immigration to the United States needs to be halted in the wake of the recent tragedy. Graham, who is celebrated evangelist Reverend Bill Graham’s son, made a Facebook post stating that the shootings were a direct consequence of “a radical Muslim whose family was allowed to immigrate to this country from Kuwait.” He added: “We are under attack by Muslims at home and abroad. We should stop all immigration of Muslims to the US until this threat with Islam has been settled.”

Graham went on to say that there was the potential for radicalization with every Muslim who enters the United States, with murder being committed in the name of their religion. Graham points out that Japanese and German individuals were not allowed to immigrate to the United States during World War II and asked: “Why are we allowing Muslims now?” Graham closed by urging people to write to their congressmen and demand an end to Muslim immigration.

Paul Galloway from the American Muslim Advisory Council says that the shootings were unequivocally condemned by the Tennessee Muslim community; however, more than 57,000 social media users have re-posted Graham’s comments since late last week.