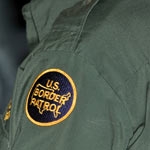 A recent report says that the US federal court, which is in charge of immigration cases and the implementation of immigration laws, is “flawed,” unable to keep up with the amount of pending cases even despite the increases in presiding judges.  The system is laden with problems, according to the report, including an inordinately lengthy completion time for a number of immigration appeals and cases, as well as performance reports that are incomplete and feature overstated accomplishments amongst other examples of inaccurate reporting, the Washington Times claims.

The Executive Office for Immigration Review has the responsibility for judging cases that relate to undocumented workers and gets to decide whether or not illegal immigrants should be deported from the United States.  The EOIR was recently reviewed by Justice Department Inspector Michael Horowitz, who found that it has failed to manage to process cases in a timely manner.

In the time period of 2006 to 2010 a total of 27 new judges were added to the court by the US government in a bid to handle more cases, yet the increased manpower has failed to have the desired effect, with the number of immigration court cases that were completed in the course of those four years actually decreasing by as much as 11%.

Horowitz found that the performance of EOIR performance reporting, both for the immigration courts and the Board of Immigration Appeals, is flawed to such an extent that officials from the Justice Department cannot determine how well such cases and appeals are being processed or how to identify improvements.