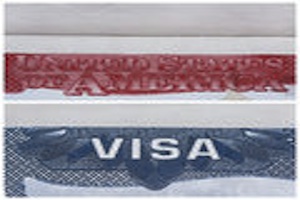 The United States used the Consolidated Natural Resources Act of 2008 to create a new transitional work visa intended for the sole use of those who resided in the Commonwealth of the Northern Mariana Islands.  Despite this, however, as much as 37% of the 12,428 employees who had petitioned for a visa in 2011 have still not received them yet, the Saipan Tribune claims.

Those who have applied for the program from the Commonwealth of the Northern Mariana Islands are worried that they will end up having to apply for an extension due to the fact that USCIS does not provide automatic extensions for those who still have CW petitions pending.

“Without automatic parole extension, everyone with expired or expiring parole have to go over the extension process again when it is not them that caused the delays in the first place,” says CNMI citizen Carlito Marquez.  “If the December 28 deadline is not met again, USCIS will again require them to extend.  Why not just automatically extend their parole since it’s not their fault that their CW petitions have not been granted yet?”

USCIS had given the permit to as many as 7,800 workers as of the 23rd August; though a number of others who still have pending petitions were forced to be subjected to a request for evidence, now waiting for responses from their employers.  Over 300 petitions have been denied for a number of reasons, including employer abandonment or withdrawal.