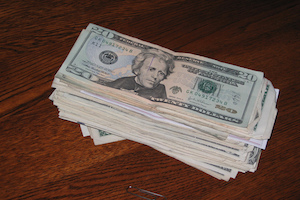 Republicans in the House of Representatives yesterday introduced a new spending bill that would prevent funds being used for the execution of the executive action taken by President Obama for as long as the court injunction on the programs remains in place. The announced expansion of the deferred action programs, which was announced by the president in November last year, is currently in legal limbo pending the outcome of a lawsuit launched by 26 states headed by Texas.

The Department of Homeland Security (DHS) has been unable to expand the existing program of Deferred Action for Childhood Arrivals (DACA), which defers deportation for many undocumented immigrants who came to the United States as children, as a result of the injunction. The DHS will also be unable to use funds for the program created last year, the Deferred Action for Parents of Americans and Lawful Permanent Residents (DAPA) program, under the new House bill.

The bill introduced by the Republicans yesterday will fund the Department of Homeland Security through the 2016 fiscal year; however, it will receive $337m less than the currently amount and $2.1bn less than requested by President Obama.

Other areas, such as Immigration and Customs Enforcement and Citizenship and Immigration Services, would also receive less than the president has asked for. The bill would also maintain a provision that prevents the use of funds to release or transfer prisoners in Guantanamo Bay.