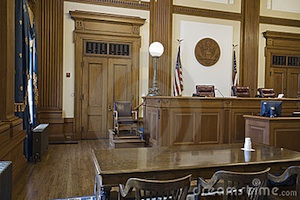 New York’s US Court of Appeals has recently changed its methods when it comes to the handling of immigration cases.  The revision was made in order to help to move immigration cases where an individual was unlikely to face deportation off of the docket at a speedier rate.

In 2011 the United States changed a policy, which raised the threshold for deciding which deportation cases ought to be given a greater priority than others.  The US government wants to focus more on cases that involve undocumented persons with criminal records and less time on cases that involve lawful citizens who have been living for many years in the United States, according to a source.

An overload of cases involving suspected undocumented immigrants who are seeking to challenge their deportation orders has been faced by the 2nd US Circuit Court of Appeals.  In order to handle the demand on the time and resources of the court, the court has mandated that all immigration cases that are pending are to be suspended for 90 days in order to allow both the person and the government filing the appeal to decide whether or not the case is worth pursuing.

During the course of those three months, the appeals court is hoping that both parties will manage to come to an agreement as to whether the 2nd Circuit Court really needs to hear the case or if it can be settled instead by the Board of Immigration Appeals.