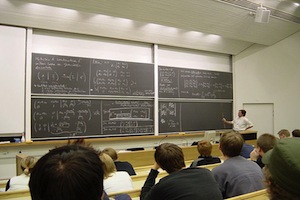 A new book that warns of the dangers posed to the United States by its immigration policy has been reviewed by the Financial Times.  Author Vivek Wadhwa, who himself came to the United States as an immigrant, believes that the US is starting to lose its pre-eminence as the favored destination for immigrants due to an immigration policy that is hostile to them.The Immigrant Exodus: Why America is Losing the Global Race to Capture Entrepreneurial Talent, is the title of Wadhwa’s book, which argues that the United States was able to become the great power that it now is due to the fact that it accepted immigrants.

Wadhwa says that as a child he fell in love with the United States while visiting with his father, who had received a posting to New York.  Later Wadhwa returned to the country and became an entrepreneur and noted academic, and in the 1990s he created software for Credit Suisse First Boston that ultimately led to the software firm Steer Technologies being floated.

A prominent commentator for media in the United States, Wadhwa has founded a number of other businesses and been an academic at a variety of universities, yet says that if he were to apply to come to the United States today, he would most likely not be given a visa, or at least have to wait a decade in order to be given permanent resident status.  Wadhwa says that it is precisely this sort of obstacle that is driving immigrants away from the United States and toward other nations such as Australia, Chile, Singapore and Canada.