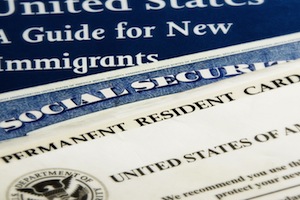 The United States has an immigration rule, which is little known, that actually offers green cards to people who have proven themselves to be “the best of the best in their fields,” the New York Daily News claims.

The E11 work visa referred to as the Green Card Through Self Petition applies to people who have shown extraordinary abilities in the arts, athletics, education or the sciences.  Applicants are immigrant workers who do not need to have a job offer or an employer sponsoring them through the process but who self-petition instead, US Citizenship and Immigration Services says.  For someone who lives outside the United States, USCIS will work with the State Department in order to petition for the worker with an approved Form I-140 once the visa has been accepted.  Those who already reside in the United States can use Form I-185 that allows them to change their status and become a permanent resident.

These visas are normally given to the likes of famous artists, Nobel Prize winners, top athletes and public figures such as John Lennon, Yoko Ono and the Miss Universe pageant winner.  In a bold move, however, USCIS granted an E11 visa recently to Bettina May, a Burlesque dancer from Canada.

“We certainly had to go the distance to convince USCIS that she qualified under their criteria,” says May’s lawyer, Jan Brown.  “The bottom line is she really is one of the best pin-up models and burlesque artists.”