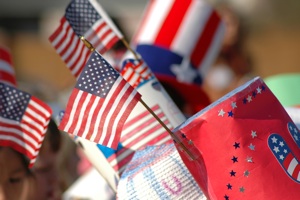 Support from voters who represent both of the major political parties in the United States has been forthcoming in terms of comprehensive immigration reform, yet there are still some myths regarding immigration which, if corrected, would likely result in more support for immigrants looking to gain US citizenship.

One myth is the idea that the United States has more immigrants than ever before.  In fact, 1900 is the year that still holds the record for the greatest number of immigrants living in the US, with 20% of the population being made up of those born in other countries back then.  That number has fallen to just 12% today and the amount of undocumented immigrants has been falling further since the recession in 2008.

Another common myth is the fallacy that immigrants have children in the United States to make sure they can stay, as their children – often referred to as “anchor babies” – are automatically granted citizenship.  In reality immigration judges are rarely willing to allow undocumented immigrants to remain in the country just because they may have had children here.

Perhaps the biggest myth is the idea that immigrants take away American jobs.  There is little evidence of this, and in fact the main reasons why American workers rarely take the kind of low-paying jobs normally held by immigrants are an ageing population and better education.  In reality, labor immigrants benefit the entire US economy by maintaining the lower costs of food and other goods, which they help to produce.