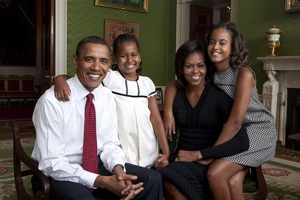 Comprehensive reform for immigration has so far been beyond the grasp of US President Barack Obama, but with strong support from the Latino community propelling his re-election success in battleground states both Democrats and Republicans in Congress have started to show a stronger interest in gaining the support of a group that has an increasing amount of political clout.

There are a number of good reasons why the time may now be right for immigration reform to really take hold in Washington.  One is that the voters have now well and truly spoken on this issue.  While immigration reform may not have been the election’s biggest issue it was still of great importance to a vital segment of voters, with Latinos turning out in force and tipping battleground states in favor of Obama.  Registered Latinos have increased in numbers by 26% to 12.2% over the course of the last four years, around 8.7% of all voters.  This demographic is only going to continue to increase in political power, which means that issues important to them are going to be of increasing importance to both of the major political parties.

Another reason is that Obama has previously pledged to reform US immigration policies prior to the 2008 election and has to admit to have fallen short on this issue in his first four years in office.  However, he has declared that he is now ready to press ahead and is confident he will succeed in the next year.