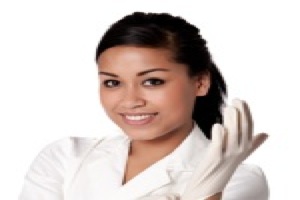 A nine-year-old boy from Ciudad Juarez in Mexico and his family have been granted extended US visas in order for him to receive medical treatment for a large tumor that is growing on his neck.  Originally the family was given a visa for just 45 days but when New Mexico Governor Susana Martinez received word of the boy’s plight she was able to convince federal customs officials to allow the family to extend their stay legally in the United States.

The boy, whose name is Jose, and his family will be allowed to travel back and forth between New Mexico and Mexico for up to 12 months in order for him to be able to undergo a series of surgical procedures to treat mixed venous lymphangioma.  University of New Mexico doctors will remove the build-up of fluid from the boy’s neck, although he will still actually be living in Mexico.

“That way he can come back here for treatment and go back home so he can go to school,” says Homeland Security Investigations’ Victim Assistance Coordinator Denise Gutierrez.  “I refused to believe there was nothing we could do for this boy.”

The First Baptist Church of Rio Rancho has joined forces with the University of New Mexico hospital in order to be able to pay for the young boy’s medical treatment and so that he and his family will be able to stay in the United States while the treatment is taking place.