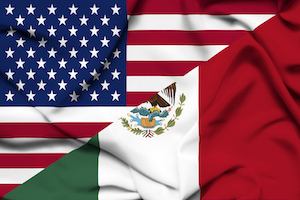 The immigration of Mexicans to the United States has fallen to a net negative for the first time in over 40 years, ending the biggest wave of immigration America has witnessed in the modern age, according to a new study by Pew Research Center.

Pew claims more Mexicans are now leaving the United States and returning to their home country than are arriving in the country, basing its claim on an analysis of government data from both Mexico and the US. The number of Mexican immigrants coming to the US has been in decline for a while; however, the new figures, which were released yesterday, suggest that the Mexican immigration surge – both legal and illegal – that transformed the nation and continues to be a controversial issue for presidential candidates has finally peaked.

“Mexican migration to the US has been one of the world’s great migration stories, and this data shows it has come to an end,” says the director of Hispanic research at Pew, Mark Hugo Lopez. The only group in the United States now growing through immigration is Asians.

Over the course of the last four decades around 16 million Mexican immigrants came to the United States, of which around 50% did so illegally. Around one million Mexicans went back to their own country between 2009 and 2014, while just 870,000 came to the US, the report claims. The Federal Reserve Bank of Dallas’s senior economist, Pia Orrenius, said: “The days of mass immigration from Mexico are over.”