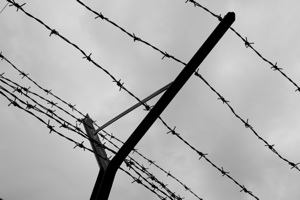 Management and planning failures by Immigration and Customs Enforcement (ICE) led to the release of more than , a new government audit released last week has revealed, causing outrage among many members of the Republican party.

The Department of Homeland Security Office of Inspector General (OIG) report states that ICE released 2,226 undocumented immigrants before sequestration in March, including 622 with convictions for criminal offenses.  These releases were the result of budget shortfalls and the great majority took place over the weekend prior to the start of sequestration.  The audit also states that ICE has failed to come up with a strategy to deal with its management budget since that time.

The report details numerous failures, including the fact that ICE leaders were unaware that they were legally required to keep an average daily number of 34,000 people in detention until they were informed of this by House appropriations staffers.  “We determined the execution of the releases was problematic,” the OIG explains.  “Insufficient US Immigration and Customs Enforcement (ICE) executive leadership planning and limited engagement with its Enforcement and Removal Operations field offices contributed to the timing and number of alien releases.”

The Republican senators who initiated the audit were outraged by the report, with Senator Tom Coburn and Senator John McCain particularly dismayed by what Coburn described as “more evidence that our nation’s immigration laws are being flagrantly disregarded.”