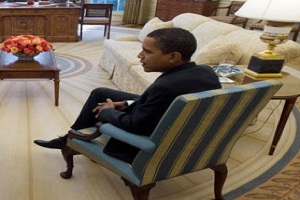 Just a day after the leaders of the Republican Party in Congress effectively postponed any vote on immigration reform until 2014, President Barack Obama has declared that there are no good reasons not to carry out immigration reform, which would offer 11 million undocumented immigrants that currently live in the United States a path to citizenship.

Obama added that there will always be some sort of excuse for those who want to do the wrong thing to avoid immigration reform, such as running out of time, in a blatant dig at the leadership of the Republican Party.  He believes an issue that would result in the strengthening of borders and the immigration system working in the correct manner and allowing millions of people to legitimately gain American citizenship is not something that people should be searching for excuses to avoid doing and that he, for one, intends to keep on pushing the issue until it is successfully achieved.

The immigration reform bill was passed by the Senate back in June, but to make it law it needs to get through the House of Representatives.