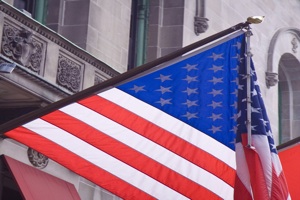 Grover Norquist, whose pledge for “no taxes” has taken on legendary status among many Republican candidates, now believes that restrictionist policies on immigration to the United States are ultimately bad election policies.  Norquist is just one member of a new coalition that is calling for widespread immigration reform.

Although such progressive thinking has not (this time) won the attention of GOP Senate candidate Jeff Flake, who abandoned his long time support of comprehensive immigration reform just before he started running in Arizona, there is growing evidence to suggest that GOP party leaders may be taking notice of the increasing number of Latino voters and are starting to come to realize that currying favor with them may be vital to future election wins.

Norquist addressed over 80 leaders from all across the Midwest on Friday, calling them to talk about the necessity of common sense solutions to immigration issues.  Norquist was the keynote speaker featured at the “Midwest Summit: Forging a New Consensus on Immigrants and America”, which is the very first immigration summit to have brought together law enforcement, faith and business leaders from Indiana, Kansas, Minnesota, Nebraska, Wisconsin, Illinois, Iowa, Michigan, Missouri and Ohio.

“Immigration is the most important thing to focus on if you’re concerned about America as an economic power,” Norquist says.  “Not only is it good policy to have dramatically more immigrants in the US than we do today and a path for those who are here, it’s also good politics.”