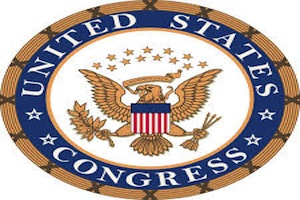 New records have contradicted the assurances made to Congress and the general public by the Obama administration that the 2,200 undocumented immigrants released from detention last year to reduce costs had committed only minor criminal offenses.

USA Today says that the records demonstrate that while around two-thirds of those released had no other criminal records, at least some of the undocumented immigrants released by officials had been convicted of crimes including kidnapping, drug trafficking, sexual assault and even murder. Congress erupted into a furor after the revelations, with lawmakers in the Republican party accusing the Obama administration of not only allowing dangerous criminals to walk free but also of lying to Congress and the American public.

Officials from Homeland Security have admitted that the release of the detainees was badly handled by Immigration and Customs Enforcement (ICE), with neither Janet Napolitano (the Homeland Security secretary at the time) or the White House informed of the cost-cutting releases because of their mismanaged and rushed nature. Gary Mead, the ICE detention operation’s former head, insists that officials did not deliberately misinform the public.

Nonetheless, Senator John McCain described the revelations as “deeply troubling”, while Gillian Christensen, spokeswoman for ICE, claims that the agency was not at fault. “Discretionary releases made by ICE were of low level offenders; however, the releases involving individuals with more significant criminal histories were, by and large, dictated by special circumstances outside of the agency’s control,” Ms Christensen explained.