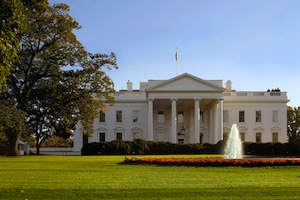 President Barack Obama and John Boehner, the Speaker of the House of Representatives, met yesterday at the White House as lawmakers consider the call from the administration to revamp immigration law in the United States.  Boehner declined to comment on how the meeting went as he returned to the Capitol.

Jay Carney, the spokesman for the White House, says that Boehner met with the President for two hours and the two men discussed a number of issues such as California drought relief and trade promotion, as well as immigration.  An anonymous Boehner aide revealed that Boehner and Obama agreed that they needed to work together when it comes to issues on which they are able to find common ground.

The meeting happened a week prior to Obama’s scheduled budget proposal to Congress for fiscal 2015, where he will need to have support from Republicans in the House of Representatives in order to be able to advance his agenda.  Obama will be able to put his focus onto the issues he outlined in his State of the Union address on January 28th, including an increase in minimum wage and a revision of the immigration laws in the United States.

Prospects for immigration reform in 2014 seem to be fading with Republicans wanting to alter Obamacare and Boehner saying that his party does not trust Obama, whose second term as President will extend until 2017, to enforce any changes they might agree to make.