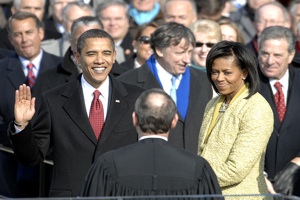 President Barack Obama said yesterday that conversations between members of Congress and the White House have started over the issue of immigration reform, noting that lawmakers will “very soon” introduce a bill into his second term as President of the United States.

“This has not historically been a partisan issue,” Obama declared at his first press conference since his re-election last week.  “We’ve had President Bush, John McCain and others who have supported comprehensive immigration reform in the past.  So we need to seize the moment.”

Obama’s comments are the most optimistic statements he has so far made in public regarding the possibility of achieving comprehensive reform of the US immigration system during his next four years in office.  The President’s optimism could well be a reflection of the fact that many Republican lawmakers have started to openly declare their support for reform following their crushing election defeat, achieved in part thanks to the antipathy of Latino voters.

Republican Senators John McCain and Lindsey Graham have both declared their recommitment to pushing for broad immigration reform, with McCain telling reporters that any bill should include visa reform to enable employers to hire foreign workers more easily.  “Everybody’s always agreed that’s part of immigration reform,” he says.  “I just look at it as an integral part of the package.”  As to whether others in the Republican Party will support such reforms, McCain notes that “I think most of them are convinced that we need to take it up.”