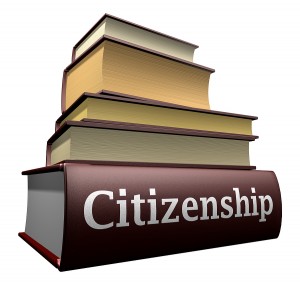 The CUNY Citizenship NOW! group is an organization that is devoting its efforts to helping those who qualify for US citizenship secure that citizenship. According to the group, the anti-immigrant sentiment that has been prevalent may be changing recently. They credit the work of immigrants and immigrant advocates for raising awareness and changing views.

The CUNY Citizenship NOW! group wants to encourage more people to apply for US citizenship if they qualify. As the group notes, with harsh immigration laws being passed in Arizona and other states, citizenship provides some protection against these laws. Once a resident becomes an immigrant, he or she does not need to worry about immigration laws depriving them of freedoms. As well, citizens can vote and shape future policies. According to the USCIS, there is a record number of people currently applying for citizenship. Part of it may be because it is an election year, but part of the trend may be that some residents are seeking to enjoy the benefits of citizenship, which are more obvious now that immigration has become such a hot-button issue.

The CUNY Citizenship NOW! group has been hosting a number of events and launching many initiatives in order to spread the word about immigration issues and US citizenship. Recently, the group had a call-in about US citizenship. Volunteers manned the phones, providing free information about US citizenship and the naturalization process to callers. More than 400 volunteers, ranging from attorneys to students, took part in the event. A call-in is a yearly event for the group.

Allan Wernick, the director of the CUNY Citizenship NOW! the group, has stated that at this year’s call-in event, many of the volunteers had questions about the future of immigration policy. Wernick sees the anti-immigration tide turning. While many still blame immigrants for unemployment and crimes, he says that more people are becoming aware of the positive impact of immigration and he feels that in the future Congress and the government will slowly implement changes that are more immigration-friendly.  Wernick even feels that the passage of the Dream Act may come to fruition. The Dream Act has not been able to pass into the law, but the legislation would allow the children of undocumented immigrants to seek green cards and eventually citizenship if they attended college or took part in military service. Wernick’s vision is a very positive one, but he feels that with immigration advocacy and concerted effort, it can happen.