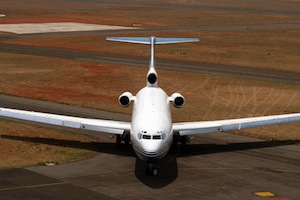 Frequent travelers from the United Kingdom to the United States will soon be able to jump the interminably long immigration queues at airports by becoming part of a scheme to enable them to make use of automated passport kiosks.

Washington has elected to extend the Global Entry scheme to citizens of the United Kingdom with effect from December 3rd 2015 to anyone who does not object to paying more than £100 and being extensively vetted by customs officers in the United States. The scheme has been running for seven years, since 2008, and already has around 2.5 million members from countries such as Germany, Mexico, South Korea, the Netherlands, Panama and the US itself.

US Customs and Border Protection (CBP) head Gil Kerlikowske made the announcement in London, saying that the system and a reciprocal one by the United Kingdom, which is already available to those with US citizenship, will further facilitate travel while enhancing security for both countries.

Applicants in the UK must submit their application via the Home Office website with a processing fee of £42. Those who pass vetting will then be given an access code to enable them to register via the portal run by the CBP.  A non-refundable fee of £100 entitles applicants to become members of the scheme for five years, with approval followed by an interview conducted by US customs officers. It takes just one minute to use a Global Entry kiosk, with such kiosks available at 46 US airports.