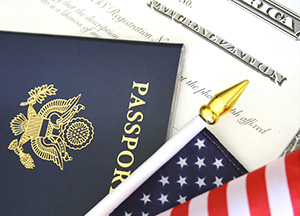 Following are documents that serve as evidence of U.S. citizenship.

While natural born U.S. citizens can use their birth certificates or their passports to prove citizenship, immigrants who gained citizenship have two documents, their naturalization certificates and passports, to show that they are U.S. citizens. It is important to keep these documents safe as one may find it difficult to find a job in the U.S., travel abroad or obtain Social Security benefits in the U.S., if they are unable to establish their citizenship status.

Watch the video on How To Provide Proof of Citizenship?​