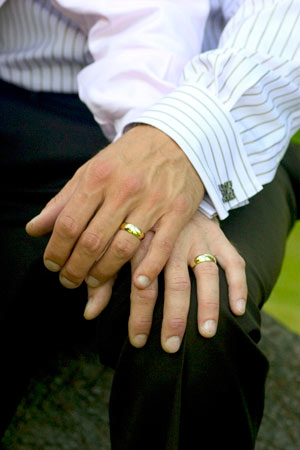 DOMA ruling means a lot to the gay immigrants. They are now eligible for a variety of benefits, including immigration benefits.

Green Cards for the same sex Spouses of US Citizens

US citizens can file immigrant petitions for their same sex partners, just like the other heterosexual couples. USCIS will consider their applications and will also consider the applications that were earlier rejected by the agency.

These couples must prove that they were married in states that have legalized such marriages. We need to remember that immigration benefits may not be extended to the couples who were married in states that have banned gay marriages. US citizens can now file Form I-130 on behalf of their foreign partners and sponsor their partners for family based visas.

Under the old law, immigrant workers were not permitted to petition for their same sex partners and bring them to the United States. But now, immigration benefits will be extended to such immigrants and they can bring their partners to America.

Though the DOMA ruling does not fix the country’s broken immigration system, it benefits the gay couples in America. Same sex couples, just like the other heterosexual couples, can live legally in the United States.

US citizens can now bring their gay/lesbian spouses to the United States by filing Form I-130 for them. This ruling will help families that were separated by the discriminatory Act, the Defense of Marriage Act. Similarly, a man or a woman married to a male or a female US citizen, will not be removed from America, if he/she has already filed an application for a US Green Card.

US citizens can sponsor their same sex foreign fiancé(e)s for K-1 fiancé(e) visas and get married to them in America. Undocumented spouses can apply for hardship waivers and remain in America. Furthermore, if immigration reform is passed, LGBT immigrants who are currently out of status, would be granted authorization to enter the legalization process.