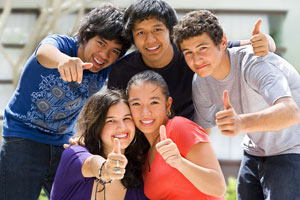 S.744, the Senate immigration reform bill would help the undocumented immigrants to pursue education in the United States. This bill would benefit all those who were wondering about their future and living in the shadows all these days.

Before the Senators passed the bill, the President of American Council on Education, Molly Corbett Broad, sent several letters to the Senators and urged them to vote in favor of the Senate immigration bill. According to her, this bill is important and it would benefit the US employers and educators.

This bill would benefit the DREAMers and all the undocumented immigrants, who establish that they were brought to the country as minors, would be granted authorization to apply for legal status. It is similar to the DREAM Act but this reform bill does not include upper age limits.

This bill would also eliminate the federal law that prevents the American states from providing in-state tuition for the DREAMers. Out-of-state tuition rates are higher and many DREAMers are unable to afford the fees. Many work part time and pay their fees with the money they earn. Few others discontinue their studies as they are unable to pay their fees. This bill would help such undocumented immigrants to pursue education.

This reform bill would grant the DREAMers access to federal loans. DREAMers from low-income families who are in need of financial assistance would be benefited. Institute of Education Sciences states that around 60 percent of the undergraduates were granted financial assistance between 2007 and 2008.

If the Gang of Eight’s bill passes the House, more students would become eligible for federal financial aid. This would help the students to get higher education. Moreover, this legislation would put the DREAMers on an expedited path to US citizenship.

Students who graduate from US universities and people who serve the US armed forces would become eligible for this benefit. This bill would also have positive impact on the future of the DREAMers. Apart from benefiting the undocumented immigrants, this bill would also benefit the country’s economy.