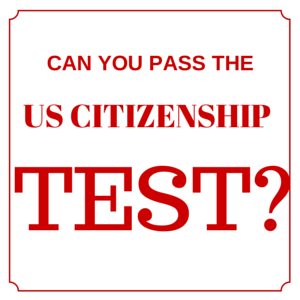 Reports show that there are some native Americans who are not aware of the country’s history and are unable to answer the above questions. In order to make sure that the native-born Americans know about their country’s history, some American states have decided to push state legislatures to require high school students to pass the same U.S. citizenship test that the immigrants are required to pass.

CEI came up with such a legislation as public surveys conducted by Annenberg Public Policy Center and other organizations found that most Americans are not able to correctly identify the Chief Justice of the Supreme Court, name the three branches of the government and when the Constitution was signed. CEI is planning to introduce such a legislation in all the American states and implement such requirements in high schools by September 17, 2017, the 230th birthday of the U.S. Constitution.