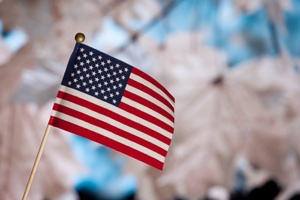 As the fight for immigration reform goes on, it has sometimes been difficult to work out who is its true champions. The Democrats control the Senate, which passed a comprehensive bill last year, which included giving immigrants increased access to foreign US visas, improved border security protocols and created a pathway to US citizenship for the nation’s undocumented. However, this bill then stalled in the House of Representatives, which is controlled by the Republicans.

Now, some members of the Republican Party are trying to reduce the amount of damage that this level of indecision has created, among them Jeb Bush, the former Governor of Florida. Earlier this month Bush made some controversial remarks indicating that a high volume of illegal immigration is motivated by love.

Despite Bush’s valiant efforts however, the Republican Party as a whole seems unwilling to pass any immigration bill that would give undocumented immigrants the chance to gain access to a path to citizenship. Senator Charles Schumer, one of the Gang of Eight responsible for the Senate bill, says that the great majority of Republicans are well aware that immigration reform is the right thing for the country but are too afraid of alienating their constituents to actually put their names on the bill.

That being said, some hope has been offered by Schumer who is indicating that he believes there is a chance for immigration reform to make substantial progress once votes have been secured and the primaries come to an end in the summer.