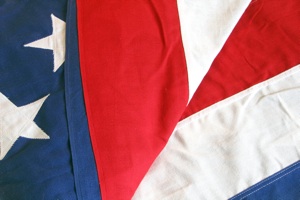 Many people in the Coastal Bend will know somebody that was not born in the United States, some of whom are now citizens, while others desperately want to be.  These people include those who work very hard to earn their living, attend local schools and even serve in the US military.

These are factors that mean the proposed bill to revamp the immigration laws in the United States are important to the people that came to the country looking for a better life, but the problem, however, is that this new legislation is complicated and 844 pages long.  The “Gang of Eight” Senators came up with a bill that would offer US citizenship to around 11 million undocumented immigrants that have been living in the country already for many years now.

“In a nutshell it gives protection, it gives economic stability, it gives security in the sense that people aren’t living in the shadows,” notes immigration attorney Heather Moretzsohn, while Refugee Cash Assistants Coordinator, Isabel Gonzales, points out that she herself was born and raised in Mexico until she was 14, after which she moved to Colorado.  She has only recently been given US citizenship, despite not being responsible for the decision to move.

The bill will be applicable to anyone who has lived in the United States prior to December 31st 2011 and will mean that those concerned will be able to legally work in the US six months after the bill is passed into law.