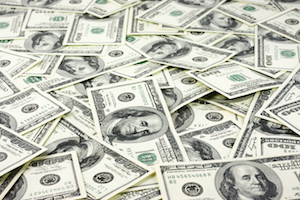 An online tool intended to “create, manage and track” immigration applicants has been put on hold for nearly ten years and has cost an estimated $3.1bn – over six times the original estimate. The Electronic Immigration System (ELIS) was developed by US Citizenship and Immigration Services over a decade ago to digitize the immigration application process, claims a blog post from the Government Accountability Office (GAO) on Tuesday.

The post claims that the program has so far delivered very little but has cost a great deal, with millions of applications still being managed by USCIS via a paper and electronic records system that is both complicated and inefficient after being cobbled together over a period of many years.

A GAO report released in May claimed that it was vital for USCIS to have a system that was efficient in processing requests for citizenship and immigration benefits in a timely fashion to ensure that the integrity of the whole of the immigration process was successfully maintained; however, the blog post says that despite several years of testing and planning and a contract worth $500m awarded seven years ago, “an overly complex system architecture contributed to cost overruns, schedule delays and performance concerns”.

Originally scheduled for 2011, the launch date of the system was moved back to 2014; however, USCIS then decided to change its acquisition approach, resulting in many already-completed parts of ELIS having to be rebuilt, causing more delays and cost.